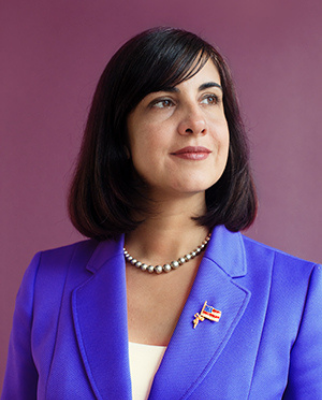 Currently serving her fifth term as a Member of the New York State Assembly, she is the Minority Whip and the ranking member of the Committee on Governmental Employees.

During her tenure in Albany, she has successfully fought to restore and expand transit in her district, improve programs for seniors, reform education, and reduce the tax burden on small businesses and residents.

In 2017, she was the Republican nominee for Mayor of the City of New York against incumbent Bill de Blasio.  Although she lost the race by a margin of , she captured 67% of the vote in NY-11.

Nicole is the daughter of immigrants, her father from Greece and her mother a Cuban exile from the Castro dictatorship.