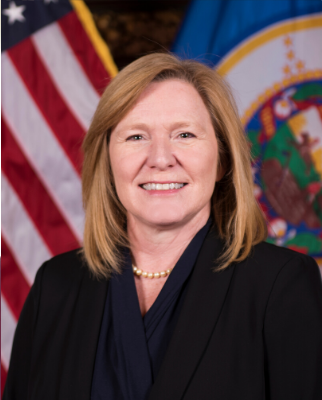 Fischbach became the 49th Lieutenant Governor of Minnesota in January 2018 when Tina Smith resigned to accept the appointment to Al Franken’s U.S. Senate seat.  Her term ended on January 7, 2019.

She was first elected to the Minnesota State Senate in a 1996 special election.   She served continuously until she was sworn in as Lieutenant Governor in 2018.

When Republicans won a majority in 2010, Fischbach was elected by her colleagues to serve as the state’s first female President of the Senate, a post she held from January 2011 until January 2013.  After Republicans regained the majority in 2016, Fischbach was again elected to be president of the Senate beginning January 3, 2017.