2020 Was a Big Win for Women—Republican Women

2020 Was a Big Win for Women—Republican Women

FLIPPING SEATS
“Republicans should be thanking their lucky stars for the women that are running this cycle.” 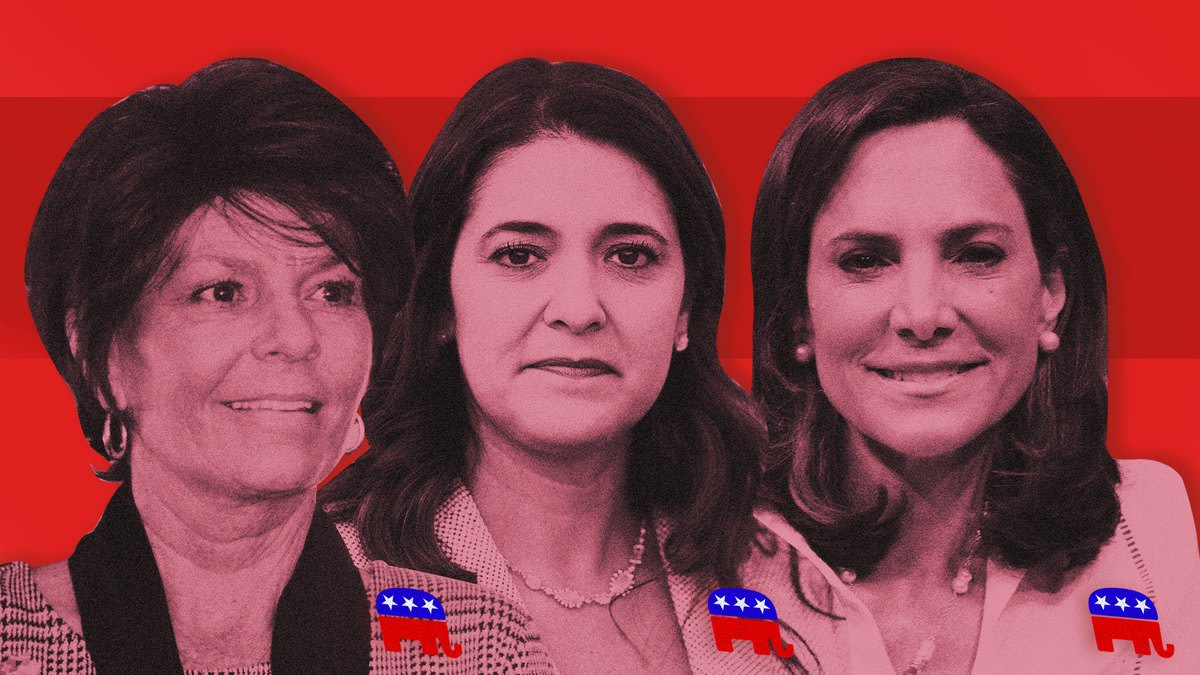 Photo Illustration by The Daily Beast/Getty

It’s still unclear whether Donald Trump will pull off the kind of poll-defying, frenzy-inducing victory he did in 2016. But this year’s election results hold another surprise victory—this time, for Republican women.

While Republicans were largely left out of 2018’s “Year of the Woman,” when 126 Democratic women and just 20 GOP women were elected to Congress, they are on track for a record-breaking year in 2020. Twenty-three Republican women have already won their races so far—including six who flipped their districts from blue to red—setting them up to blow past their previous record for number of GOP women in Congress.

“Republicans should be thanking their lucky stars for the women that are running this cycle,” said Rosalyn Cooperman, a political science professor at the University of Mary Washington. “The inroads that were made by Republicans in 2020 on the House side were made by women, and they would be well-served to remember that.”

“For the majority of our women coming in, they will want to get things done, and the only way you get things down in a legislative body is to reach aside the aisle and work with the other side.”

Whether the GOP women victors will legislate any differently than their male counterparts remains to be seen. There is a joke that if progressive feminists say we should abolish prisons, moderate feminists say we should hire more female police officers; it’s unclear whether the incoming GOP women will be reformers or simply officers enforcing their party’s anti-woman policies.

Of the Republican women who flipped their seats on Tuesday, all six are vocally anti-abortion, and one even introduced a bill that would have banned abortion after 20 weeks. Two of the women winners are vocal supporters of the QAnon conspiracy theory.

But Julie Conway, executive director of VIEW Pac, which supports Republican women running for office, says she believes these women will be more likely to work with the historic number of Democratic women who preceded them.

“For the majority of our women coming in, they will want to get things done, and the only way you get things down in a legislative body is to reach aside the aisle and work with the other side,” she said. “And I think that’s what our women are going to do.”

The Republican women’s sweep to victory is, if not unexpected, slightly confusing. The GOP has no multi-million-dollar womens’ fundraising group, and seemingly little concern for the number of women in their ranks overall. (A 2018 poll of GOP primary voters found that 71 percent said they were not concerned about the measly 13 Republican women in the House that year.) In a party like this, in a year when suburban women were reportedly turning away from the party of Trump in droves, how did so many Republican women come out victorious?

The answer, in some part, could be that these women were just in the right place at the right time; running in historically red districts where they were perfectly situated to take advantage of the country’s unexpected rightward swing. Many of the women—María Elvira Salazar in Florida, Nancy Mace in South Carolina, and Yvette Herrell in New Mexico, to name a few—were running in districts that Democrats had only recently won in 2018, poised to take them back at the soonest possible opportunity.

But experts say that, for Republican women, being in the right place is a victory in and of itself. Kelly Dittmar, director of research at the Center for American Women and Politics, pointed out that while Republicans made significant gains in 2010, they failed to increase the percentage of women in their midst, largely because of a lack of female candidates.

“Republican women can’t win if they’re not on the ballot,” Dittmar said. “To me, the story for women is that the only way you take advantage of opportune environments, especially when they’re somewhat unexpected, is by being there—being on the ballot.”

“In all of these races where we thought we could be competitive, even if there was a guy who may have raised his hand … we didn’t stop there.”
This year, GOP women seemed to take that message to heart. A record 227 Republican women filed to run for the House of Representatives in 2020 and 94 became their party’s nominee, compared to a previous record of just 53. A number of GOP operatives who spoke to The Daily Beast pointed to a surprising source for this surge of women candidates: The blue wave of 2018.

In 2018, she added, “there were more Gregs and Mikes in the Republican House conference than there were women. You can’t see a stat like that and think to yourself, ‘Well, we’ll just keep doing what we’ve always done and it’ll eventually come out in the wash.’”

That year was a turning point for many conservative women’s groups, too. In December of 2018, Rep. Elise Stefanik (R-NY) announced that she was leaving the NRCC to build her own group, Elevate PAC, to help Republican women win their primaries. When NRCC Chairman Tom Emmer told a reporter he thought it was a “mistake,” Stefanik replied: “NEWSFLASH: I wasn’t asking for permission.”

Conway, the executive director of VIEW Pac, agreed. While groups like hers have generally taken a back seat during primary campaigns, she said, this year, they dove in head-first.

“In all of these races where we thought we could be competitive, even if there was a guy who may have raised his hand … we didn’t stop there,” she said. “There was an eye to looking to see if there was a woman who might be a great candidate in this district also.”

She added: “If we thought she was a better match-up, we went all in for that woman.”

That tactic wasn’t always appreciated by the rest of the party. In some instances, Conway said, other conservative groups actively worked against VIEW Pac’s primary contenders. (The Club for Growth, for example, spent nearly $1 million supporting the primary challenger to Stephanie Bice, who flipped Oklahoma’s 5th Congressional District red on Tuesday night.)

In other primary races, women’s groups are working against the candidate preferred by party leadership. Hill-Davis’s group, Women for Progress, even publicly slammed a member of the RNC who told Republicans not to donate to their primary candidate, saying it was “embarrassing” for party leadership that “we can’t even listen to our own advice on outreach to women.” (Of the party leadership, Hill-Davis said diplomatically, “I think we frustrate them at times.”)

But Conway said she believed that all this turmoil is building toward something greater.

“We’ve been doing this since 1997,” she said. “With the action of other groups in the last couple of cycles, and Elise doing what she’s doing, there’s been a lot of tilling of the ground, and we’ve been building on this foundation.”

She added: “Women, all of a sudden, we’re not waiting our turn anymore. And that has made a huge difference.”